Free the Housing Market From Zoning

Despite the major leaps forward in the economic growth of the past fifty years, generational homeownership has been on the decline since the Baby Boom generation. The rental market is steeped with low vacancy rates at just 6.2% nationally with extreme dips in major cities and economic hubs. Despite the demand for entry-level units, both from investors to rent out and from first-time home buyers, and a stated willingness on the part of developers in creating mixed-density neighborhoods across the country, zoning laws and other municipal regulations are stifling growth in housing supply.

Economic impacts of the housing supply

In June 2021, the National Association of Realtors released a report titled “Housing is Critical Infrastructure: Social and Economic Benefits of Building More Housing” which explores the direct effect of housing supply not only on the housing market but on the local economy generally.

According to the report by the NAR, the housing supply has historically grown at a rate of 1.7% annually. Over the last two decades, that number has dropped to a growth rate of just 1%, and an even lower 0.7% when controlled for just the last decade. This has rounded out to a total shortfall of 6.8 million available, completed developments to household formations.

In the Northeast and the Midwest, the stagnation and housing supply can be partly explained by migration outwards, but this only explains part of the issue. As housing supply drops in states in the Northeast and Midwest, first-time buyers who previously rented are finding few listings. Those who move out of state are clearly not all selling their homes to first-time buyers, which means demand is still not being met.

Residential fixed investment has, from the mid-1900s on, accounted for 5% of GDP. Over the last twelve years, RFI has accounted for only 3% of GDP (though this is also due to a growing overall economy along with the aforementioned housing market declines). This has resulted in a lost investment of $4.4 trillion when compared to extrapolated “typical” data. Beyond the impact on national analytics, household formation has been hamstrung. The number of adults between the ages of 25 and 34 who live with their parents has doubled since 2000.

The housing market is mired with zoning regulations, from the seemingly innocuous and logical to rules that have been clearly made obsolete by modern standards and modes of living. For example, in cities across the United States, apartment buildings are required to have a certain number of parking spaces per unit, most typically one space per unit, though two spaces per unit requirements are not uncommon for certain dwellings. Although contemporary telecommuting and a fledgling, though growing, mass transit system have inarguably not shaken the American public’s reliance on personal cars, the places where the situation is headed that way the quickest are cities where these requirements are most prevalent, and thus the least logical.

Parking spaces for tenants who don’t plan to get their driving license (as is trending upwards as well) let alone own their own vehicle serve no purpose other than to take up space that could increase density on the lot. Not every unit needs to have an associated space for all tenants who need one to have one; rather, units can simply either have that amenity or not. Loosening other constraints in the zoning system would also allow developers to construct parking areas directly in the building with units above those lots.

Additionally, sticking to rigid residential zones and rigid commercial zones is becoming less prevalent but remains the norm. Historically, this has led to space that would be suitable for housing being locked behind appeals board bureaucracies or completely unavailable to residential developers. In addition, this is one factor in the rise of “good neighborhoods” and “bad neighborhoods” that are more a reflection of their proximity to economic activity than economic merit.

According to the report, while the development of roads and highways have been a salve, “negative ramifications of pursuing infrastructure projects without taking a holistic, community-centric approach are still visible in many cities today in hyper-segregated neighborhoods of concentrated poverty.” Concentration of “low-income housing,” “housing,” and “commercial areas” as particular labels create a stagnant environment where change becomes increasingly difficult.

One possible step that would immediately work towards easing all of these would be the proliferation of mid-to-high density mixed-use zones. Neighborhoods, where apartment buildings, condo-complexes, multi-family homes, single-family homes, and storefronts all exist within proximity of each other, are suitable to increase the supply of housing units on the one hand. Developers wouldn’t be seeking suitable zones, just suitable lots, based on an analysis of the demographics of those who rent or buy what they’re planning to build and what they have to or want to live near. Apartment buildings that are placed nearer to where people are working require less parking, while single-family homes that would require parking could be somewhat further away. The needs and wants of the community would be more represented in the planning of the municipalities that adopt this philosophy. Mixed-density zones are already in use by some municipalities across the U.S., such as Lynden, WA, which’s municipal code expresses its intent as “allow[ing] a creative mixture of housing styles and types. Development of this area should focus on maintaining the aesthetic quality of the city in general and the neighborhood in particular by providing for architectural diversity, adequate landscaping, and open space.”

This more diverse planning philosophy would allow for outdoor recreational areas, such as parks and pools, to be included amongst the rest of the developments. Space that is no longer going towards redundancies like parking spaces for tenants who won’t use them would be used to meet the housing demand, and the extraneous space then can be used for environmental improvements such as those recreational areas.

Zoning regulations, particularly in the Northeast, also restrain the density of new developments. Were zoning regulations loosened, developers would be able to build taller apartment buildings, even if only by a few floors, which would deliver comparable economic benefits to a similar new stand-alone development without needing to find or prepare another suitable lot, taking up space that could be used for environmental improvement, aesthetic improvement, or businesses.

The earlier report by the National Association of Realtors finds that a $1 million investment in the housing market is directly correlated to the creation of more than 19 full-time jobs and $359,000 in tax revenues. Compared to other forms of infrastructure such as direct investment in highways and roads, this is five more jobs and $56,000 more in revenue.

The housing market has been constrained by outdated zoning laws. Supply has been outpaced by demand and prices are skyrocketing, both for homebuyers and renters. A creative introduction of mixed-density zoning, especially when paired with general easement of development regulations such as required amenities, works to the end of housing people near the economic activity, providing financial security and convenience, and prevents concentrated poverty. Reductions in bureaucracy will shrink the state and save taxpayer money while widening the property tax base and easing the individual burden further. 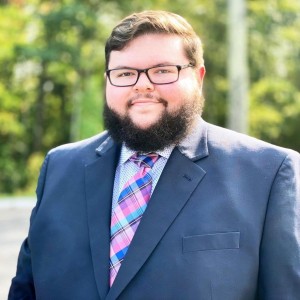