Libertarians believe liberty is the highest political good. The chief purpose of political association, and hence of government, is protecting citizens from force and fraud. Government’s coercive power compels us to keep it on a tight leash.

Liberty isn’t the only benefit of political association, however. This shouldn’t surprise even the most diehard libertarian, if they’re also an American. There are many different levels and layers of government. If the scope of collective action were no wider for city councils or state legislatures than Congress, what’s the point of federalism? Non-aggression is an essential starting point for political philosophy, but if it’s also the ending point, we might as well either balkanize or nationalize.

Even at the local level, it’s appropriate to be skeptical of government power. But the urge to resist should go hand-in-hand with the drive to reform. Libertarians can be most effective by championing the cause of good government. In the words of James M. Buchanan, a Nobel Prize-winning economist, this means empowering “protective and productive” government while constraining “predatory” government. Experimentation and competition in government is key.

Liberty and good government are complements, not substitutes. Sadly, cronyism often gets in the way. Local and state governments can be hotbeds of political corruption. Shady deals that divert the public welfare to private gain are far too common. These contemptible acts are coercive and fraudulent. Libertarians can provide a valuable public service by shining light on dealings that political racketeers would rather keep in the dark.

Liberty and good government can advance together on state and local issues. Public school monopolies trap students in failing systems. Zoning laws obstruct affordable housing. Property taxes lower the value of citizens’ hard-earned wealth. For each of these problems, freedom is the public-interest solution. School choice can help parents get better education for their children. Loosening construction restrictions can greatly expand access to cost-effective shelter. Shifting taxes to lower rates on a broader base can raise more revenue with fewer economic distortions. Each of these innovations makes us freer and our governance better.

None of this means we should abandon our hopes of fixing Washington. National overreach in the form of failed welfare programs and bloated bureaucracies is a leading cause of local government dysfunction. When far-away legislators and bureaucrats tinker with local affairs, they create a host of bad incentives and flawed information that makes local government worse and its citizens less free. The Augean stables of D.C. need a thorough cleaning.

But resources are scarce, none more so than time and money. Fighting over the White House or Congress is fun, but rarely effective. Libertarians can and should refocus our attention on local and state issues. Even with interference from Washington, there’s still plenty of room for pro-freedom, pro-community politics. Success there can be a launching pad for a strong libertarian coalition at the national level.

An old adage says, “All politics is local politics.” This may seem outdated in our hyper-nationalized political climate, but it contains an essential kernel of wisdom: No political movement can succeed without making close-to-home constituencies better off. Libertarians can do this without surrendering to the temptations of patrimonial government. Let’s show the American public that liberty and good government go hand in hand. 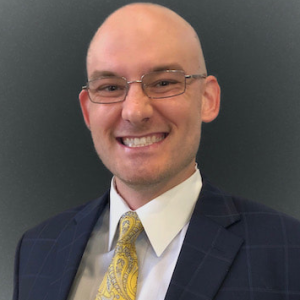 Alexander William Salter is the Georgie G. Snyder Associate Professor of Economics in the Rawls College of Business at Texas Tech University and the Comparative Economics Research Fellow at TTU’s Free Market Institute