No matter where you live, there is something that could be better.

Housing is too expensive. Schools are failing students. People are dying from opioid abuse.

What are we going to do about it?

We can sign petitions, make conscious consumer choices, talk to our friends and neighbors, attend a protest, write letters to the editor, or just complain on social media. Some of these methods are effective, others are a waste of time. If you want to improve your online advocacy, start by making your actions speak louder.

If you want to move beyond complaining, running for office is a powerful way to fix these problems at their root by empowering the voices of your fellow citizens. Don’t talk about change, stand for it.

Decide What Problem is Important to Fix

If everything is important, then nothing is.

It is critical to focus on just a few issues when running for public office. A candidate should have a general ethical compass that allows her to address questions about other issues, but the campaign should be focused on just the one to three most important issues you want to address.

Let’s say that you are concerned about your town looking run down and being a food desert. You could fix that problem with urban gardens, backyard chickens, and home bee hives. Those privately implemented home food production methods would improve food security, beautify the city, and provide pollinators to keep our ecosystem healthy. Unfortunately, growing food on lawns, keeping bees, and backyard chickens are all prohibited by most cities’ zoning codes. You have your three most important problems, now it’s time to remove the barriers to your solution.

Determine What Office Would Have the Power to Fix It

Now that you know what problems are most important, and you know what barriers stand in the way of fixing the problems, you have to figure out which elected or appointed official has the power to remove those barriers.

If the most important problems you’ve identified are related to local zoning and land use, a member of the city council or board of zoning appeals is going to have the most control over changing those laws and regulations, whereas a governor or member of congress is not going to have any ability to change those local ordinances.

Before you sink time and energy into a campaign, it may be worth your time to reach out to the currently elected or appointed officials who can remove the barrier and see if you can make an appointment to share your concerns and ask them to make the changes needed to move your issue forward. It may be that the answer you get is not favorable and you’ll need to seek the office, but it never hurts to try.

Also, if an appointed commission or board is responsible for making policy recommendations to elected members of city government, sometimes you can make a greater impact by being appointed to a position where you can recommend the right solution and stay focused on your issue.

Campaign on Fixing the Problem if Elected

You know the barriers in place to solving the important problems that provide the reason for your run for office. You’ve chosen a race where either you or one of your opponents will be elected to the office that can directly remove the barriers to solving the problem. Now it’s just a matter of staying focused and talking to your neighbors about why the problem is important to solve and what you would do to solve it if elected.

If you are running against an incumbent who is already in the office that can remove the barriers to fixing the problem, challenge them to implement the solution during the election. You can do this through debates, op-eds in the local newspapers, or a campaign to mobilize voters to ask for the change to be implemented. It shows you are focused on fixing the problem and are willing to let your opponent take the credit for doing so. You still get to run on identifying the change that had to be made and focusing on solving the problem.

Connect With a Network of People Who Share Your Priorities

We founded the Libertarian Policy Institute to connect individuals who want to fix problems in their communities with the free market tools to solve those problems and a community of other people willing to work across partisan boundaries to make the world better. If you are inspired to run for office to change your community, please join us as a patron so we can work together on ideas for fixing our world together. We have regular events and members-only content that provide the practical tools you need to succeed.

Whatever organizations that are aligned with you on the important problems you are trying to fix, make sure to connect with them, attend their events, and let people know what you are doing with your campaign. Support comes from unlikely places and politics makes strange bedfellows. Make sure everyone who may want you to succeed knows how they could help you.

The Campaign Only Ends When You Win

On election night, you will either be elected to the office you are running for or one of your opponents will be elected. If you were lucky enough to choose an office without anyone else seeking it, election night is just a formality and you immediately get to focus on how you are going to fulfill your campaign promises.

If the race is contested, somebody is likely to win on election night, unless there is a runoff or recount required. No matter who wins, even if they are awful, it’s good to congratulate them on election night and offer to help them in the future if you can. It shows grace and that you really were running to change things for the better.

If you are lucky, the winning candidate may ask you to serve on a board or commission or staff in order to implement the policies you were running on. It’s the best way for them to remove the reason for you to choose to run against them in a future election, by solving the problem you ran on and getting to take credit for it.

If you aren’t lucky, continue to run a campaign of regular letters to the editor, op-eds, and maintain communication with your campaign mailing list about the issues that you were running on. If there is an ordinance coming up for testimony, encourage your supporters to come out with you to show solidarity and support. Keep your campaign account current in order to shift from one election to the next one.

Make it clear and public that the reason you are running is to make things better and that you will keep running until they are made better. It’s honest and genuine, and it makes it clear what your elected officials have to do to avoid being challenged for office. 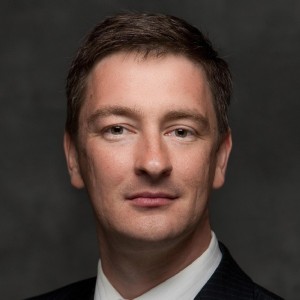 Nicholas Sarwark is Executive Director of the Libertarian Policy Institute. He served as Chair of the Libertarian National Committee from 2014 to 2020, a period of unprecedented growth. Over the last two decades, he has worked as a systems developer for a major non-profit, tried over 30 cases to a jury as a deputy public defender in Colorado, and managed the oldest independent car dealership and loan company in Phoenix. He founded Wedge Squared Strategies in 2019, a strategy, communications, and campaign consulting firm that helps individuals and organizations maximize their impact on the world. Licensed to practice law in Colorado and New Hampshire, he lives in Manchester, New Hampshire with his wife Valerie and their four children where they volunteer to build a better local community.